So much for "reset" 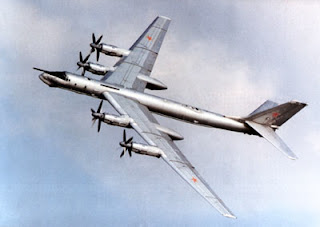 President Obama won in large part by being "anyone other than Bush".  He promised to bring the troops home out of Afghanistan and Iraq.  He eventually did bring the troops in Iraq home but first increased troop levels in Afghanistan.  He also whacked Osama bin Laden and Anwar al-Awalki (who still held US citizenship when it was revoked via missile). President Obama also authorized the use of airpower to help whack Muammar Gaddafi (who was whacked old-school via a bullet to the back of the head).  President Obama has also made no bones about potentially whacking Iran if it doesn't knock of the nuclear power wanna-be stuff.  He doesn't seem opposed to taking on Syria as well.

My irreverent review of the Obama Administration was to help better set the stage for the title of this blog.  While President Obama was still the darling of the foreign policy world (read, before he started to assassinate everyone George W. had missed), his administration started of policy of warming relations with the Soviet Union (er, Russia I mean!) called "reset".  (Why American leaders feel the need to give some goofy title to relations with Russia escapes me.  Detente, MAD, even perestroika).  Unfortunately for President Obama, Vladmir Putin has a different vision for Russia.  He firmly believes Gorbachev and Yelstin destroyed the honor and glory of mother Russia and Putin is hellbent on restoring it.  Having grown up as a KGB agent, he still remembers the glory days of the Cold War.  So while the American president was busy picking fights with Islam, Putin has gone old-school with Arctic war games.

USAF veterans will remember Bear bombers constantly testing our air defense response.  It almost become de rigueur for F-15 pilots in Alaska to intercept a TU-95 (pictured above).   The difference was both sides got the Cold War and played their respective roles acceding to script.  The 21st Century versions is more sinister.  The US thinks of Russia as a friend, Russia sees the US as a former superpower that is in its way.  With most of the US military diverted to the continuing crisis in the Middle East, the Russians might just keep bumping nasty with the Alaskan F-15s.  Hopefully everyone will still have a copy of the old script to go by.

The Bear at the Door
Posted by Bob Baylor at 7:42 AM 3 comments:

First the Muslim Brotherhood wins the election in Egypt and now we start to get back at the original trouble-maker of the Arab Spring. Could the Obama administration be just crazy enough to risk military action in Syria to help win the election?

Reuters
Posted by Bob Baylor at 10:16 PM No comments:

Fox News is reporting that Turkey will push for NATO to consider the shoot down of their het as an attack against the alliance.  It is unlikely that the US or European members of NATO will approve this action.  It is further unlikely that the UN or Arab League will support such a resolution.  However, it does beg the question of what would constitute an attack on NATO or would there be such a weak reply if the attack had been on a European or American fighter?
Posted by Bob Baylor at 5:56 PM 1 comment: 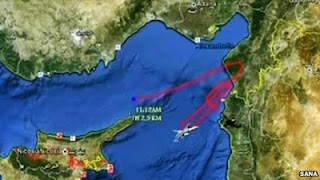 A Turkish F-4 was claimed to be shot down by the Syrian military.  The violence set into motion by the Arab Spring only continues to worsen within Syria so the shoot down of a NATO ally fighter jet is not a good omen.  World War I was launched in part because of the complicated series of alliances between European nations.  Once Archduke Ferdinand was assassinated, it was inevitable that Europe would plunge into war.  Syria is now plunged into internal violence while most of Europe struggles with the failure of the Greek economy (and its struggles to prevent similar fates in Italy, Spain and Portugal).

The original intent of NATO was to protect Europe from attack by the Soviet Union.  NATO is not exclusively European; both the US and Canada are members (France left early on due to differences with NATO policies).  Turkey is the only Muslim nation that is a member of both NATO and the EU.  In effect, an attack on one NATO member is an attack on all.  The cynic in me believes this attack will provide the cause for military action in Syria (which is perhaps why the US has increased the number of fighter aircraft and Navy ships in the region).

Syria says it downed Turkish jet
Posted by Bob Baylor at 8:53 AM 1 comment:

"Everything about Egypt's revolution has been unexpected, and the first-round results in the country's first-ever competitive presidential elections are no different," Omar Ashour, director of Middle East studies at the University of Exeter and visiting scholar at the Brookings Doha Center, wrote for Project Syndicate previously.


I don't understand that statement. Mubarak came to power throughout the assassination of Anwar Sadat (who in turn had come to power through the Muslim brotherhood). Mubarak is overthrown during the Arab Spring and now the latest parliament is dissolved by a military coup. What is unexpected about that? The Muslim Brotherhood has never had a regional, coordinated effort before but it does have its eye on creating a pan-Islamic state in North Africa. Of course the more interesting question is once the military takes over, who is left to force them out?


The first alternative is to aerosolize known quantities of a well-characterized, non-pathogenic, microbiological organism within the subway system to demonstrate positive detection of the material by the sensor network installed in several underground stations. Activity in the subway stations should be at peak operational capacity for trains and passengers to most closely simulate the conditions that would likely exist in the event of a true bio-terrorist attack.


The DHS document (link at the end) does have other alternatives but that it should even appear as a published idea is concerning.  The history of these types of "tests" is unimpressive at best and if nothing else, could give would-be terrorists ideas on how to build better weapons or attacks.

Posted by Bob Baylor at 8:00 AM No comments: